Skype for Business is pining for the fjords...

On-premise communications might be your priority, but it clearly isn’t Microsoft’s.

Skype for Business Server 2022 is the last throw of a loaded dice that always lands on Microsoft Teams. That’s Microsoft’s intended migration path for you.

If you need to keep your communications on-premise, just about the only reason to migrate to Skype for Business Server 2022 is that it isn’t cloud-based Microsoft Teams. Beyond that it’s outdated as its Twitter feed.

It's passed on! This platform is no more! It has ceased to be! It's expired and gone to the Teams cloud! It's a stiff! Bereft of life, it rests in peace! If it weren’t for Extended Support it'd be pushing up the daisies! It's deprecated! It's kicked the bucket, shuffled off its server, run down the curtain and joined the bleedin' choir invisible!! SFB is as dead as its Twitter account. THIS IS AN EX-PLATFORM!!

The bummer is, if you’re on Skype for Business Server 2019 you know you’ll have to migrate to something by the end of 2023; or face the horrors of (an unusually shortened two year only) Extended Support contract.

So the bottom line is: you need to find an on-premise alternative to Skype for Business Server.

A wide variety, but only one choice

There’s a whole new breed of on-premise communications platforms out there, but narrowing them down needn’t take long. In fact, we’ve honed it down to just five questions you need to ask yourself.

1. Does Skype for Business Server have a convincing product roadmap?

Nope. It’s time to move and there are better alternatives out there.

2. Do you really need to keep communications on-premise?

Let’s assume so. Especially if you’re a security-conscious organisation that would rather trust itself than an unencrypted vendor-controlled cloud solution.

3. Will your on-premise communication needs evolve?

Without a doubt. It’s a smartphone-first world. People are working from the frontline, from home, on the move and in the office. You need something that’s as simple as a messaging app, but as powerful as a complete collaboration platform; and is beautifully native to smartphones, tablets, laptop and terminals alike. Some genuine innovation, and a few bells and whistles, wouldn’t hurt either.

4. Is securing communication as important as keeping it on-premise?

Well, of course. If communication is worth keeping on-premise, then it needs to be kept secure.

5. Would you like your workforce to be able to communicate with everyone they need to?

Well of course! Which means that you’ll require an open standard for real time communication. Something like...well, Matrix! By going Matrix-based your workforce can have instant, licence-free interoperability with any other Matrix user.

And for communicating with those stuck in traditional proprietary systems, there’s Matrix-based bridging services for the likes of Microsoft Teams, Slack, Discord and Telegram.

Doubtless this is all rather obvious to you; after all you’re here on our website already! But if you need something to substantiate the good sense and logic of jumping from Skype for Business Server to an on-premise deployment of Element, you can download our guide. 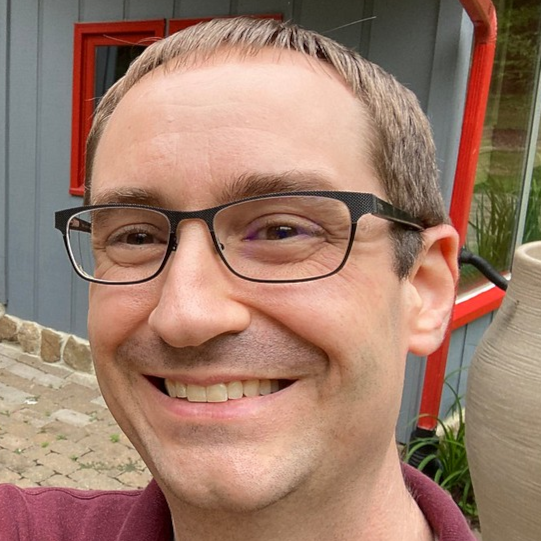 Karl Abbott
Bridging
2021: It's been a busy year for Element!
From time to time it’s worth stepping back and looking at progress.

Amandine Le Pape
Accessibility
Simpler plans for Element, on-premise and cloud!
There’s now just two plans. The prices are the same whether Element is deployed as a hosted service or on-premise.