In the last sprint we spent some time improving accessibility on Riot Web and iOS.

This work is ongoing, and feedback from users of assistive technologies is particularly valuable, so please do let us know how you get on and file any accessibility issues on GitHub.

Longtime readers might ask: didn’t you already announce a new message composer? You’re right, we did — in fact (if you’re keeping count), this will be our third rewrite, making CIDER our fourth composer.

Why have you rewritten your message composer again?

In an instant messaging application like Riot, the message composer might be the single most important component, so it’s crucial to get it right. Unfortunately, building a good message composer is very tricky.

Over the years we have been through a few iterations based on a couple of different libraries (Facebook’s Draft.js, and later Slate.js). Each time we thought we were making the smart decision reusing existing technology, but each time we found ourselves discovering more and more frustrating edge cases and glitches that were difficult to work around (check out the bug list for the previous composer to see what we mean).

So what’s so good about the new composer?

It’s as simple as possible

When we decided to build something from scratch we decided it should be as simple as possible, supporting just the features Riot needs: pills, autocomplete, markdown formatting, commands and pasting images.

The most noticable change is that we’ve dropped WYSIWYG formatting in favour of markdown. Users who might not be familiar with markdown formatting will be nudged in the right direction through contextual formatting options that appear when you select text:

Everyone can use it

The new composer is engineered to be compatible with screen readers and to work with input methods for all languages, not just Roman characters.

According to Bruno (the lead on the new composer): “apart from a nice drink, it’s also an acronym for Contenteditable Input Diff Error Reconcile”.

Whilst it looks almost identical, the new composer manages its business quite differently, identifying changes to the message content based on input events (instead of keyboard events) and carefully applying those changes to an internal model. If none of that made any sense to you don’t worry — all it means is that the new composer keeps track of the message you’re typing much more robustly to avoid common sources of glitches.

So give the new composer a go, especially if you’ve encountered problems with either non-latin character input methods or accessibility in the past. We hope we’ve eliminated all the major hurdles, but it’s impossible to test across all input methods, browsers and platforms — if you do find anything please file an issue on GitHub! CIDER’s simplicity means that it should be quicker to address any bugs we find, too 😁

Finally, if you’re a massive message composer/UX nerd and fancy comparing composers through the ages, you can now play with the original, Draft.js-based, Slate.js-based and CIDER composers over on https://riots.im which hosts an instance of every released version of Riot Web. 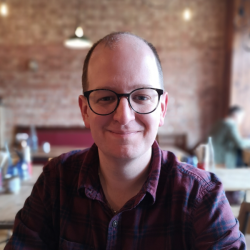 Caitlin Smith
Accessibility
Simpler plans for Element, on-premise and cloud!
There’s now just two plans. The prices are the same whether Element is deployed as a hosted service or on-premise.